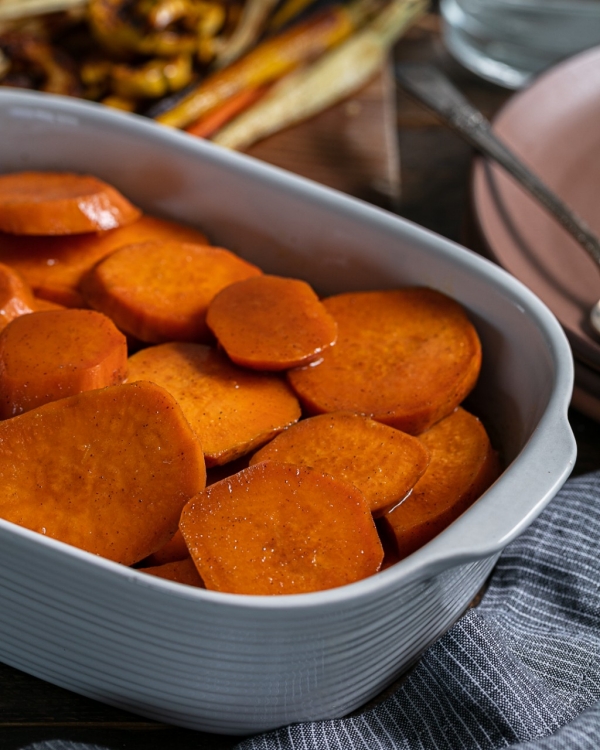 Some families argue over who gets the turkey legs. Some squabble over whether whipped cream or ice cream belongs on top of the pie. And, for many of us, there’s a deep divide between those who insist that the only way to eat sweet potatoes is when they’re covered with a thick layer of miniature marshmallows, and those who declare that plain old baked and better-for-you is the only way to go.

For all those families, we’re here to offer a side dish that promises unanimous satisfaction. This recipe represents the best of both sweet potato worlds.

As you read over the recipe, you might be surprised to see that the sweet potatoes start in a cold oven that’s then heated to a moderate 250°. That slow build-up and leisurely cooking time will ensure that every bit of sweetness is coaxed from them. Yes, there’s sweetness and spice from the brown sugar, cinnamon, allspice, and ginger. There’s even a tangy little kick from a splash of apple cider vinegar. But because they’re baked oh-so-slowly and flipped often to cook evenly on all sides, it’s the sweet potato’s natural sweetness that shines through. While “candied” is in the recipe name, rest assured that Mother Nature will provide most of the sweetness here. (No marshmallows necessary.)