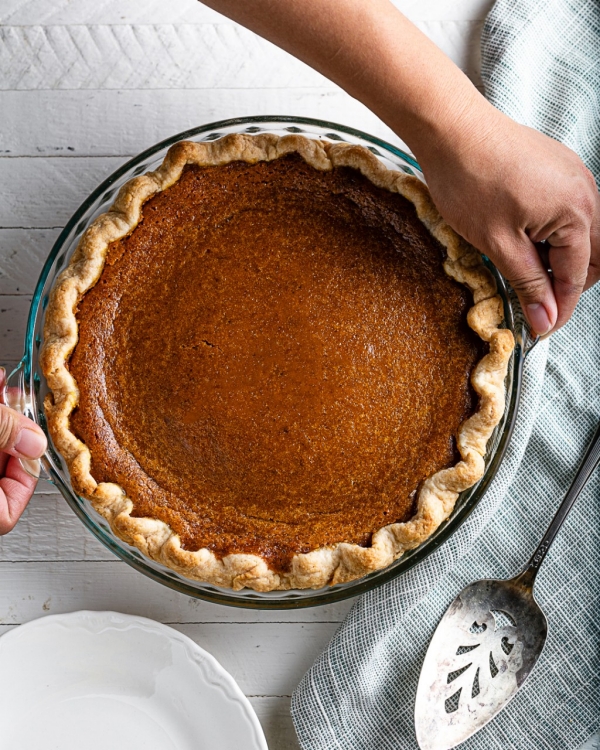 For those of us who love the sweet, sweet taste of tradition, one of the great things about pumpkin pie is that it tastes just like itself, year after year. Hold the graham cracker crust, the crunchy brown sugar-nut crumble topping, the bourbon-y brûléed filling — we’re here for the simple pumpkin filling and a great crust.

That bold statement made, the thing that makes this recipe scrumptious is the blend of baking spices in it: Cinnamon, ginger, nutmeg, cloves, and black pepper. We especially like the ginger and black pepper, which add a hint of fall warmth — but not so much that it’s calling undue attention to itself. Similarly, we use a light hand with the sugars so that they balance out the spices and let the pumpkin’s naturally sweet, squashy flavors shine.

We used our recipe for flaky pie crust. It’s an all-butter crust, and we made it with cultured butter, so it bakes up wonderfully tangy and flavorful with a melt-in-your-mouth richness that’s heaven with the pumpkin filling. It’s also a fairly fuss-free, approachable crust, but if you’re tapped for time, you can pick up a premade crust in our freezer section. Either way, make sure you pile on the whipped cream.