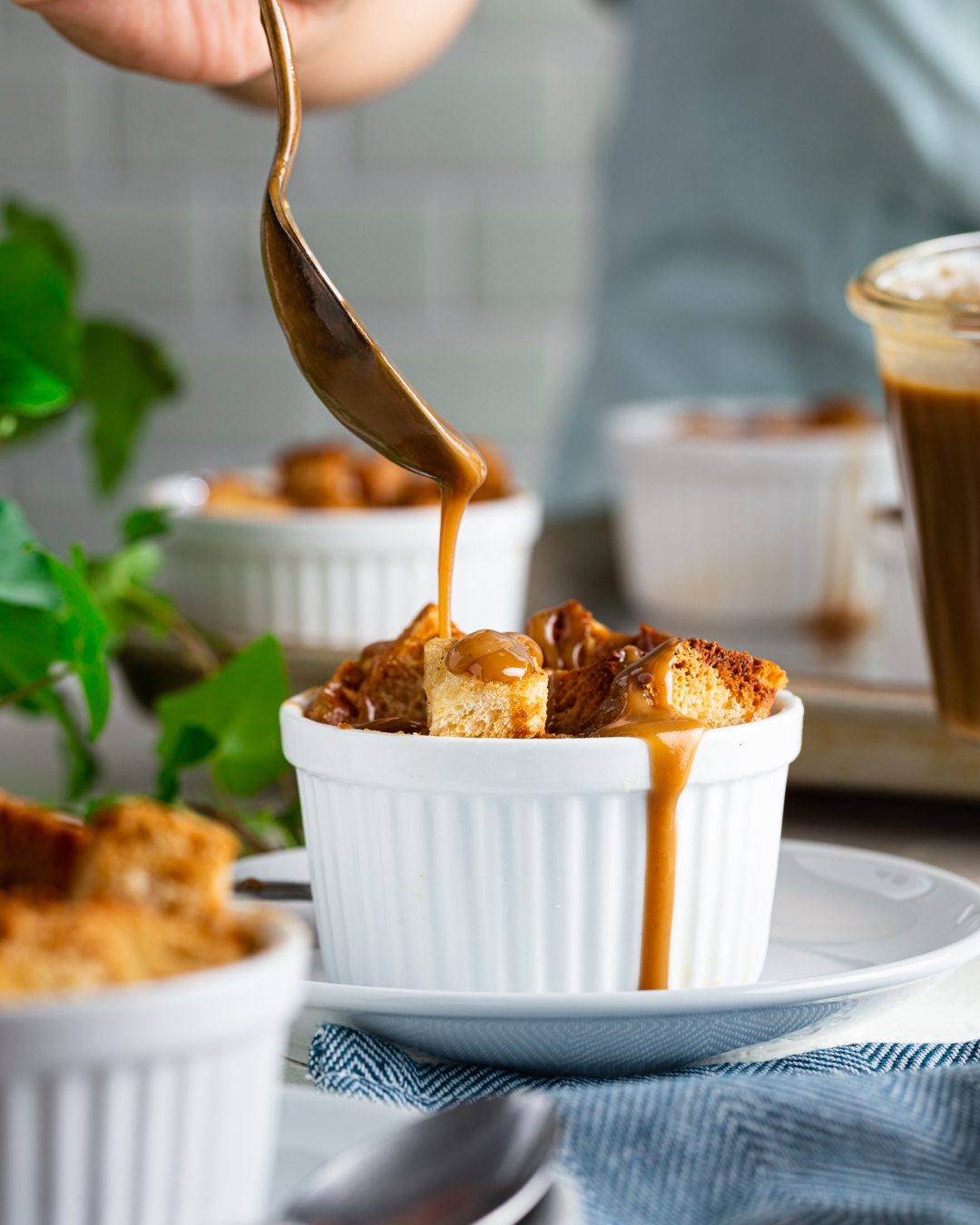 Bread pudding is a toast lover’s dessert. It’s got all the crunch of your everyday breakfast toast, all the soft milk-and-eggs custard of French toast, and if you’re doing it right, all the over-the-top-buttery-sweet goodness of caramel. This recipe is all that, plus it’s made with plant-based butter and milk, so it’s dairy-free. And, oh my, my, my, is it scrumptious — from the very first bite, it had our test kitchen tasters in a bit of a reverie.

Bread pudding is also one of the easier desserts to make, and it’s a fun one to do with older kids because the steps are simple and there’s a lot of dumping, whisking, and sprinkling involved.

We do have some great tips from the test kitchen. We toast our challah first, so it’s extra dry and crispy. That helps it absorb more of the eggy milk, creating that luscious, custardy texture on the interior of the pudding — while the exterior stays nice and crunchy. The milk is also where the bulk of flavor comes from: here, we’ve laced it with vanilla, cinnamon, and nutmeg. You can use any nut milk, but we like Califia almond milk. It’s a little thicker than some, and it has a rich, nutty flavor that complements those warm spices.

For the plant-based caramel, we use coconut milk and coconut sugar. The coconut flavor just makes the caramel all the more delectable. As it’s cooling, we swirl rum, vanilla, and Miyoko’s vegan butter through the caramel for richness and depth — if you can resist dipping your spoon into it a few dozen times, you have more willpower than we do ...

It might help to know that the slightly boozy caramel is fantastic spooned over the warm bread pudding. When we handed around the ramekins for tasting, the room fell into a hush: all you could hear were the clanking spoons and murmured yums.

We’d serve bread pudding at Rosh Hashanah. It’s a rustic, messy tumble of a dessert, but the ramekins give it a contemporary sophistication that will work at a more formal meal. Of course, we like the ramekins because they ensure that you get everything the pudding has to offer — the toasty bits and the custardy bits — and you don’t have to share.

For the bread pudding:

For the caramel sauce: