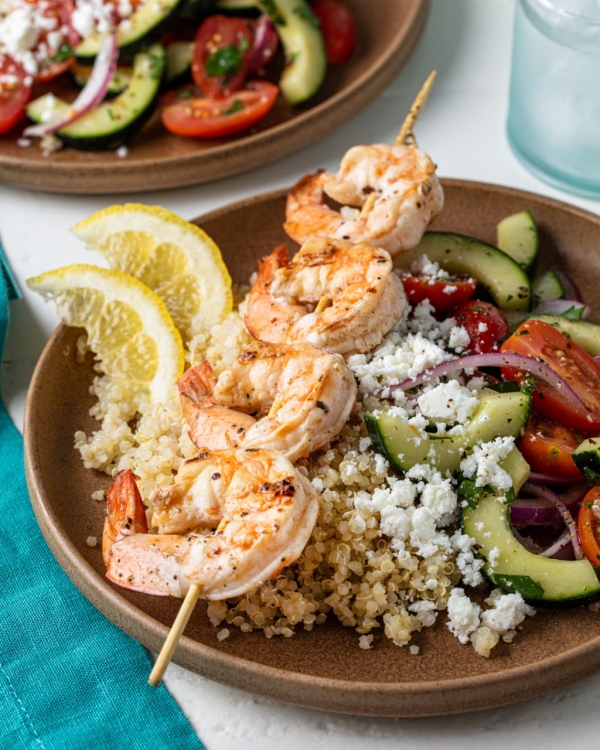 Great, big, smoky shrimp on a bed of lemony quinoa, crunchy cucumber, juicy tomatoes, and salty feta — this bowl is as much a treat as it is healthy and satisfying. The shrimp marinate in Italian vinaigrette, so they cook up tender and full of light, peppery flavor.

This is a quick and easy summer weeknight meal — compose the bowl, add tongs, and you’re all set. It’s also really pretty, so pull it out when you’re celebrating the S.O.’s birthday. It pairs beautifully with white wine and earnest palaver.

Our tip: Speaking of wine, we’d recommend a bottle of Justin Sauvignon Blanc. Its subtle orange peel, herbal, and chamomile notes will be great with both the shrimp and the garlicky marinade.