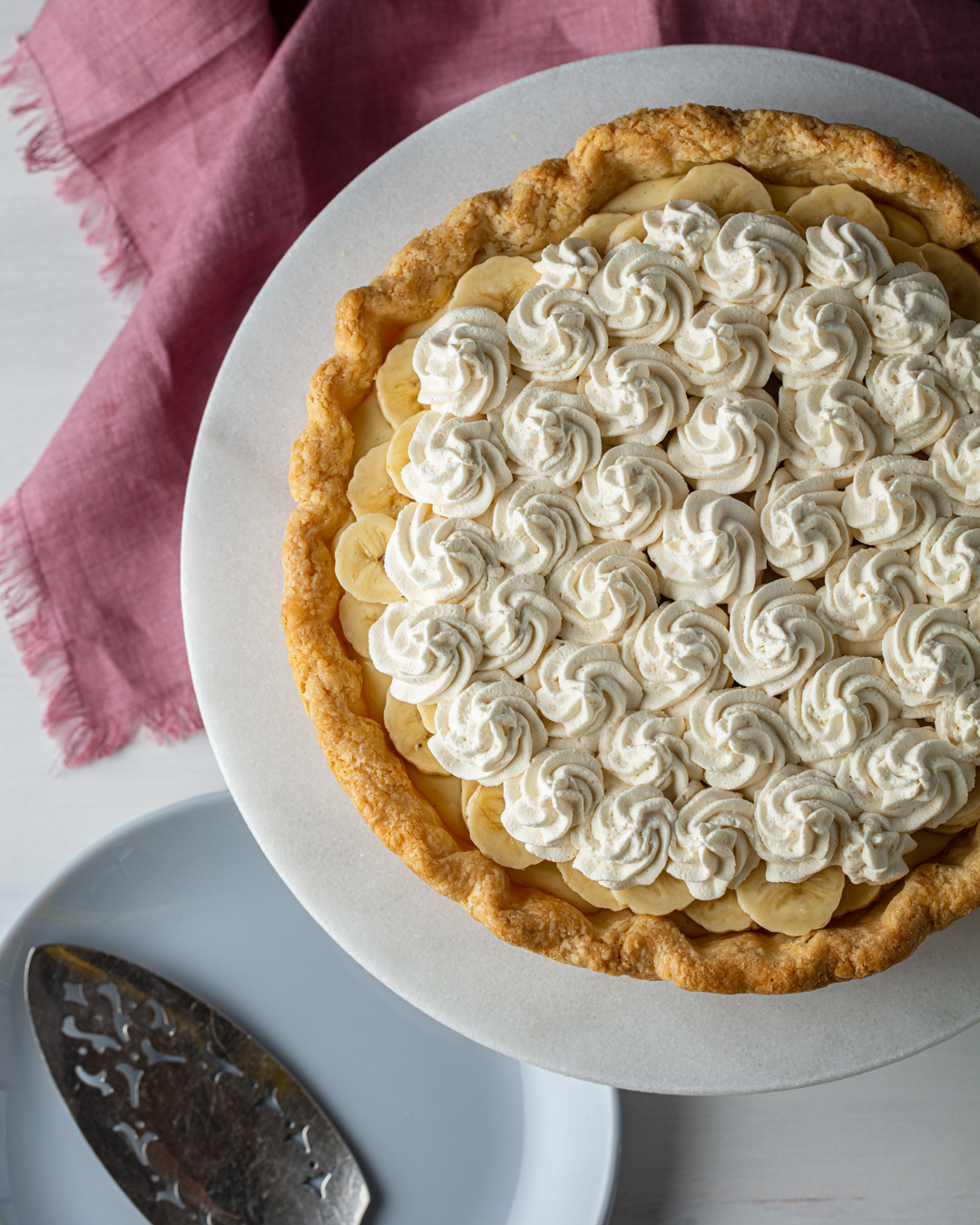 Banana cream pie is the sort of pie you’d see slowly spinning in the pastry case at a retro diner, where the red leather booths are big and cushy, the jukebox plays Buddy Holly tunes, and there’s chrome absolutely everywhere. In short: it’s a no-brainer for our 70th anniversary celebration!

As with all of our pies, we turned to our trusty flaky pie dough recipe for the crust. But rather than use a bright yellow banana pudding for the filling, we whisked up a vanilla pastry cream, and then topped it with fresh banana slices.

The pastry cream is a stovetop custard, made by combining sugar, heavy cream, milk, and egg yolks, and then boiling the mixture until it’s thick and silky-smooth. (It’s actually the same stuff used in éclairs!) And while the words “stovetop custard” may sound intimidating, all it requires is a whole lot of whisking — it’s a great arm workout — so the eggs don’t coagulate from the heat of the burner. There’s also a few tablespoons of cornstarch in the pastry cream, which helps prevent the eggs from getting scramble-y.

We flavor the pasty cream with both freshly scraped vanilla bean and a splash of vanilla extract. Combined with the airy vanilla whipped cream, the pie tastes decadent and almost boozy — full of a caramelly, bourbon-like richness. It’s divine with the thick banana slices, and the contrasting salty, buttery crust really lets all that vanilla shine.

Though banana cream pie is a classic, this version has a modern elegance to it that feels fitting for more upscale occasions, like bridal showers or milestone anniversaries. But it’s not so fancy that it would feel out of place on a gingham-clad picnic table at your family barbecue. If anything, it’ll be polished off well before the pulled pork, potato salad, and brownies — with nothing but a few crumbs left behind.

For the pastry cream: