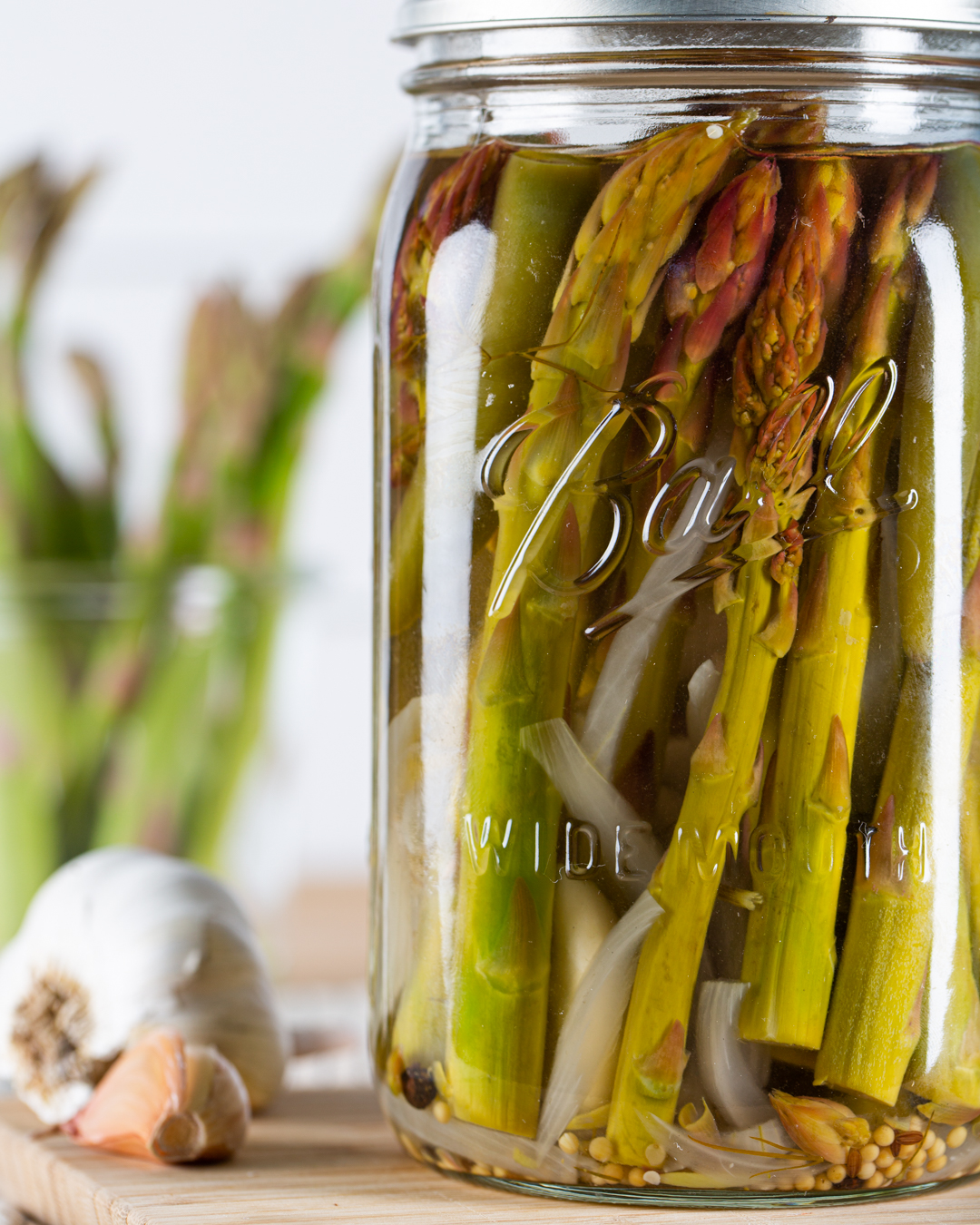 As you may have noticed, we’re big pickling people over here in the test kitchen. We’ve fermented everything from grapes to cherry tomatoes — and our pickled red onions make an appearance at pretty much every meal. Now we’re back aboard the pickling train (not that we ever really hopped off it), and bringing some asparagus spears along for the ride.

For the brine, we used a simple, classic combination of water, white wine vinegar, sugar, and salt — and, of course, a plethora of aromatics. There’s serrano pepper, garlic, fresh dill, black peppercorns, mustard seeds, and white onion, so the asparagus spears take on some peppery, punchy notes, and a wee bit of heat.

Because of its thick, fibrous texture, asparagus holds onto a lot of its crunch during the pickling process — which we absolutely love — but it also takes a little longer to ferment than other pickle-ables. You can certainly pop open the jar after 24 hours (which we admittedly have done more than once out of pure impatience), and the asparagus will be slightly sweet, with the onion and mustard seed at the flavor helm. But let the jar sit a week, and all those aromatics will intensify. Think: more heat, less sweet.

Pickled asparagus makes a fantastic snack, and a great addition to a charcuterie board. But we also love them scattered on salads, alongside a hard-boiled egg and toast for breakfast, or with a burger — specifically, our salmon burger.