Loved by kids and adults alike, Gouda is one of the world's most famous cheeses and one of the Netherlands' most precious exports. Whether smooth, fresh, and young, or slightly crunchy and aged to perfection, Gouda, a creamy yellow cow's milk cheese, bears an undeniably unique sweetness -almost like caramel. Gouda has expanded into a broad category also produced with sheep's and goat's milk and available in many styles, from artisan-produced farmhouse cheeses to factory-made wheels, from small Dutch towns to northern Wisconsin.

Many people do not know that Gouda is named after the city of Gouda, located in the west of the Netherlands, between Rotterdam and Utrecht, in the province of South Holland - home to one of the country's bustling cheese markets. During the Middle Ages, there was no cheese-making in Gouda, so they acquired sole cheese-market rights, becoming the only city in the country where farmers could trade their cheese. In 1395 a cheese market was born and named after Gouda due to being known for exclusively selling cheese.

In the 1500s - 1700s, the Dutch became leaders of cheese-making by inventing procedures to create durable, long-lasting cheeses like Gouda and Edam. Their low moisture content and rinds treated with saffron-infused vinegar made them stable, robust, and easily recognizable from their colorful exteriors.

Like many iconic European cheeses, Gouda does not have a protected designation of origin (PDO). These regulations define criteria for producing cheeses that may be sold under a specific label. Due to this, the quality of Gouda differs depending upon the source, with both commodity kinds of cheese and small-scale artisan wheels marketed under the name. Tip: always look for Goudas produced in the Netherlands, which tend to be high-quality.

How Gouda is Made

In making Gouda, the curds get washed with hot water and then pressed. That washing removes some lactose, which means less lactose in the cheese for the lactic bacterium to convert into lactic acid as the cheese ages making the cheese sweet and getting sweeter as it matures. Gouda gets its crunchy deliciousness from the tiny crystal deposits that develop during the aging process. The crystallization happens when proteins in the cheese meet and form a nucleation site, or tyrosine and calcium lactate deposits.

Both young and aged, Gouda is an excellent addition to every cheeseboard. However, young or mature Gouda caters to specific recipes. Young Gouda is ideal for slicing and melting in sandwiches, macaroni and cheese, casseroles, frittatas, quiches, and other baked dishes.

On the other hand, Aged Gouda does not melt well because it's lower in moisture. However, because its flavor is much more robust, aged Gouda excels in other areas, such as grating it over pasta like Parmesan or Pecorino. 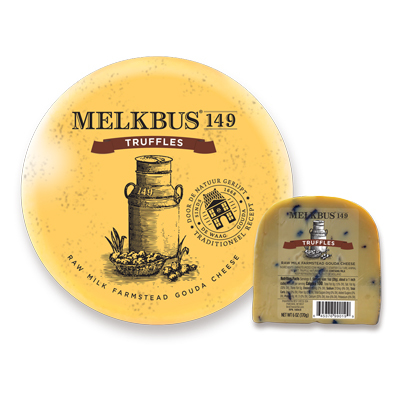 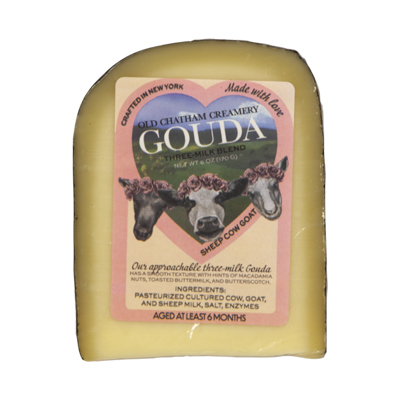 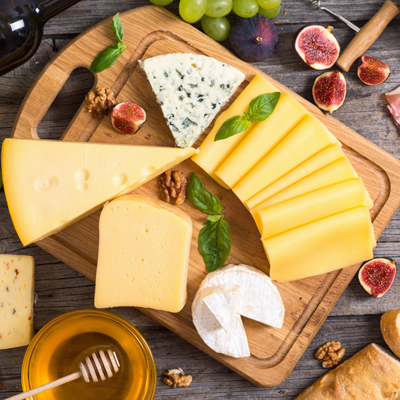